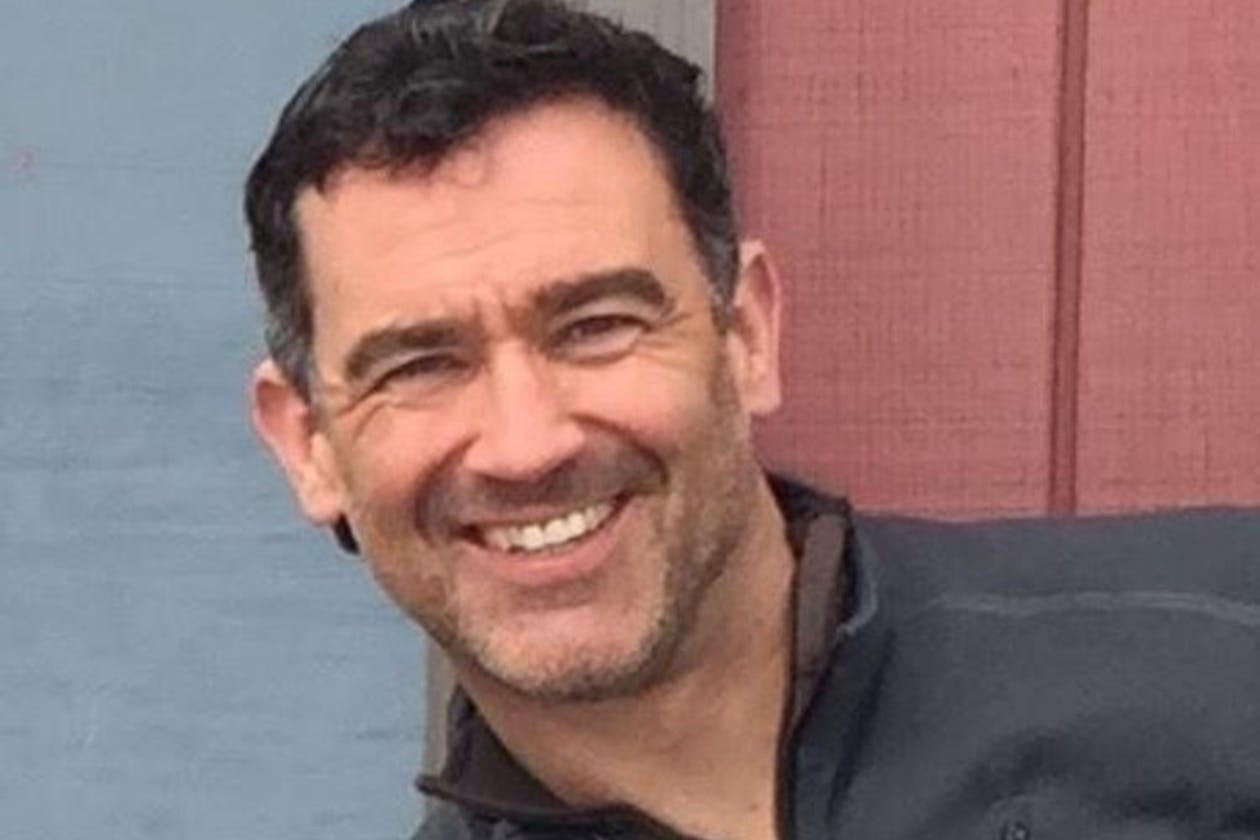 Jeff Lydon is the co-owner of Lydon & Murphy Insurance in Norwood. A South Shore native, Jeff grew up in Cohasset and currently lives in Scituate with his wife Kristen. He has two daughters in college and a chocolate lab named Gus who loves to run on the beach and play fetch. When he’s not in the office, Jeff enjoys all that the outdoors of New England has to offer – skiing, biking, paddle-boarding – and he would like to have time to do more of all three.

Jeff met WORKSPACE owner, Justin Moran, in 2014 through a local group of guys that ride and race road bikes and they have been close ever since. Their fast friendship and passion for cycling has taken them on some pretty extreme rides like the B2VT Ride from Bedford, MA to Okemo, VT — 145+ miles and 9,000+ feet of climbing in one day! Through riding and racing, they built a bond of dedication and trust. When Justin opened WORKSPACE in 2015, Lydon & Murphy was the natural choice for his business’ insurance needs.

In 1968, Jeff’s father, James, founded the agency with his partner, Thomas Murphy. Jeff spent a lot of time in the office as a kid and, when he went to the University of Rhode Island, took classes that would further expand his knowledge of the insurance industry. After graduating in 1992, Jeff went to work for his dad alongside Thomas’ son, Stephan. After 18 years of working side-by-side with — and learning from — their dads, Jeff and Stephan, bought the company in 2010.

“I get a lot of satisfaction from helping people. Insurance is an unfortunate need in our lives,” says Lydon and he believes the expertise he provides “helps to take a little stress out of his client's lives.” This sentiment rings true in Lydon & Murphy’s mission statement: “As a trusted family-owned business with 50 years of commitment to the community, we strive to preserve our customer’s loyalty and peace of mind. Our customers are our most valuable asset.”

So how does Jeff think his family and friends would describe him? “They can depend on me. Thoughtful and on time. I have many lifelong, close friends.” It’s no wonder Justin had this to say, “Jeff’s the best. I consider him like a brother.”

To those who know him, it comes as no surprise that Jeff has many accomplishments for which he is proud. “Professionally, I’m proud that during my 12 years of ownership (so far), I’ve taken the company to a level of stewardship to honor my dad’s business legacy.” Personally, Jeff is proud of his daughters stating, “They amaze me every day.” He also takes pride in his commitment to the Best Buddies Organization. Jeff has completed 7 or 8 (he’s lost count) 100+ mile bike rides and has raised nearly $15,000 in funds for the non-profit. Impressive! Justin joined Jeff for two of the rides. His charitable giving gets even more personal when you consider that Jeff has also donated platelets over 75 times! Talk about blood, sweat, and tears. I think we can add altruistic to Jeff’s description.

With accomplishment comes struggle and, for Jeff, that was in the form of glossophobia, or the fear of public speaking. Experts estimate that roughly 77% of the population experience some sort of anxiety around public speaking so Jeff is certainly in good company. Approaching this fear like an uphill climb on his bike, Jeff has worked hard to overcome the struggle. Throughout his career, he’s been a member of various networking groups and has had to run meetings and conduct presentations. “I feel like I’ve worked at it and gotten more comfortable. I have so much respect for those who can just get up there and do it.”

For fun I asked Jeff if he had a choice between two superpowers, being invisible or flying, which would he choose and why? Without hesitation, his response was, “Flying, so I could travel more!” It makes sense that, if Jeff wasn’t doing insurance, he would be “working at a ski mountain during the winter and paddle-boarding in Nantucket for the summers.” For now, we’re glad to have him staying put and servicing WORKSPACE’s insurance needs.